How I turned three days off into a mini holiday

Easter weekend: three days off instead of two, a recently serviced Santos and sunny weather ahead… Perfect timing for some bikepacking. Going camping for the first time this year. Spending time with friends and family. Being on my bicycle again, spending time outdoors and feeling that sense of freedom!

Packing for this short trip was a bit of a challenge. During the day the weather was going to be sunny and 20˚C, but at night the temperature  would drop to 2˚C. So I bought extra isolation sleeping pads, to put under my regular sleeping pad. Because I didn’t need to bring so much stuff, I left my front panniers at home and attached the sleeping pads onto my front wheel carriers. I also took some camping stuff, toiletries and a set of warm clothes for the evenings and was ready to go! 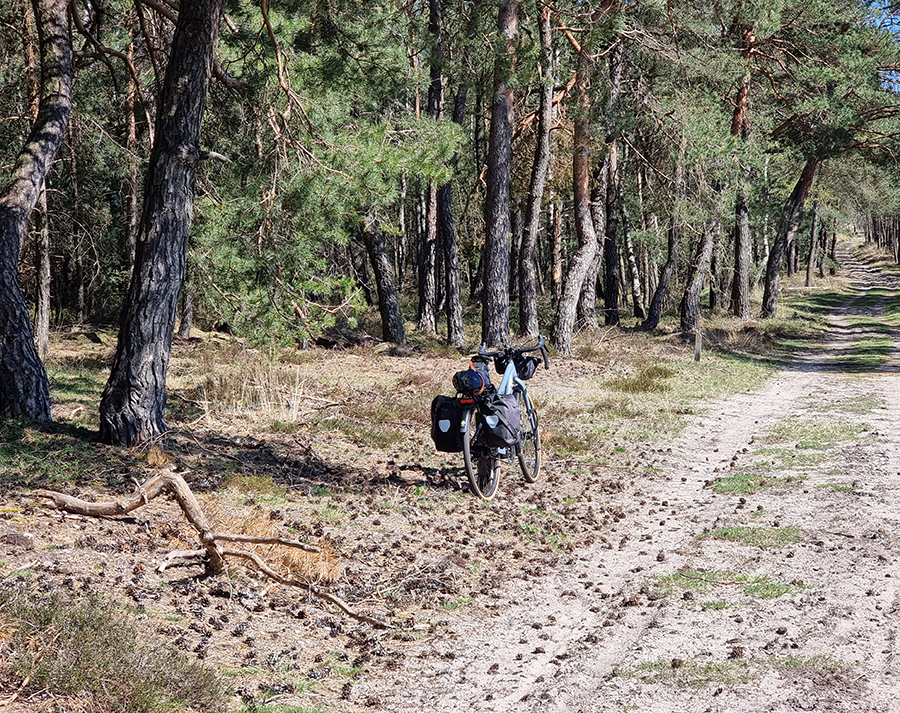 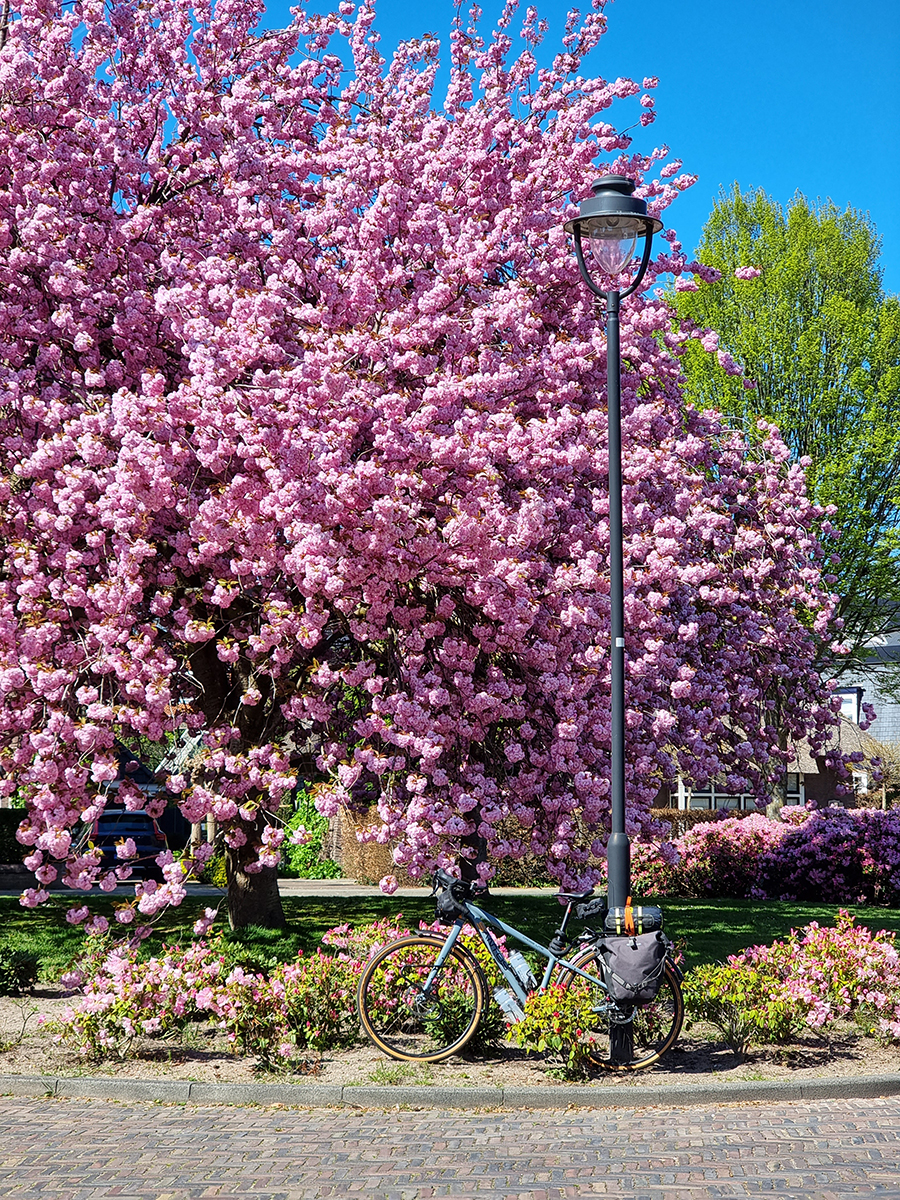 I felt such pure joy when I took my packed Santos out of my house and made the first meters. Being on my bicycle again, spending time outdoors, feeling that sense of freedom. And of course, the sun helped too. 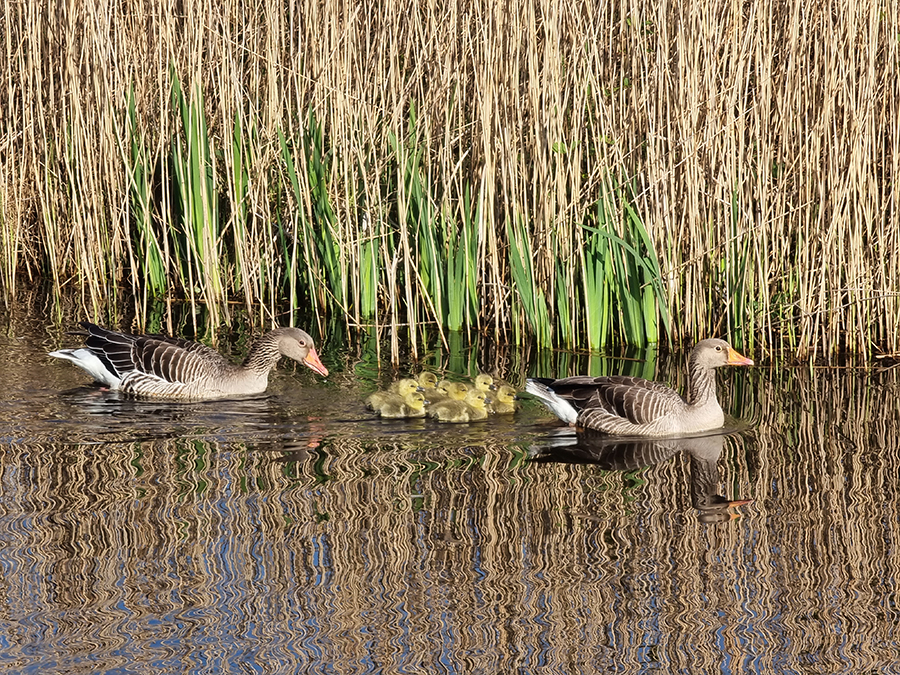 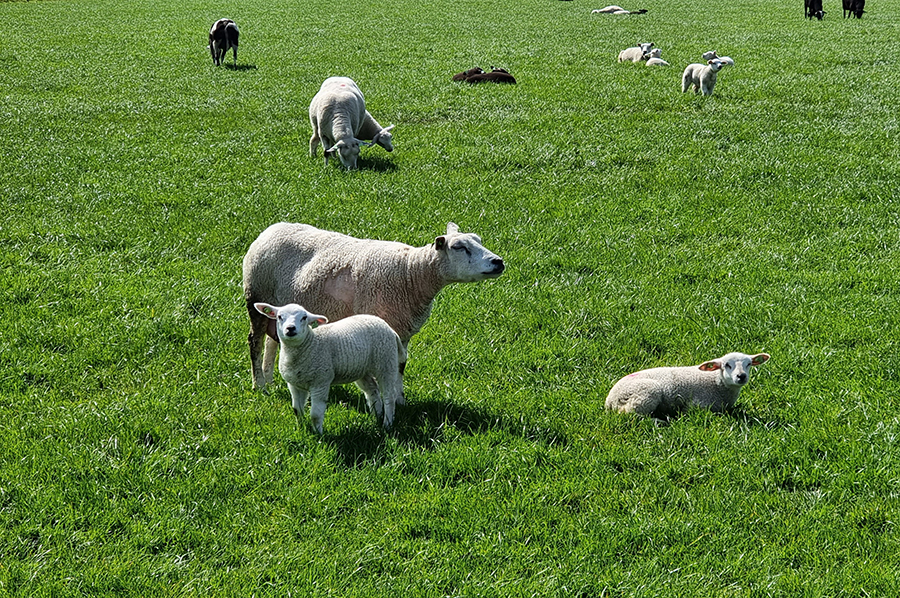 Easter for me is a time to spend with family and friends. I was very happy to hear that two friends of mine were going to a mini camping in Leersum and invited me over. Leersum is only 30 kilometers away, so I decided to make a detour to make more kilometers. Via a beautiful route, which I planned in the Komoot app, I cycled to Voorthuizen. My two grandmothers live here, one of whom was home to visit. She made me a delicious Easter lunch and – like every year –  made her Easter buns again. Tasty sweet rolls with raisins in them. As grandmothers are, I left the house with a full belly, plus four extra buns for breakfast the next morning to share with my friends.

Via some nice paths through the forest and along little canals, I arrived at four in the afternoon at the campsite in Leersum. My friends had just returned from their mountain bike trip, and welcomed me to their camping spot. There were actually only campers and caravans. The campsite owners told me that the few people with tents had cancelled because of the cold nights. This made me think twice whether sleeping in a tent was a good idea. But of course it didn’t stop me! My bicycle was be stored in a barn for the night. It’s always reassuring to know it’s safe and dry. After setting up my tent, it was time to explore the mini campsite, enjoy a beer, snacks and the company. In the evening we ate and entertained ourselves with old Dutch games. 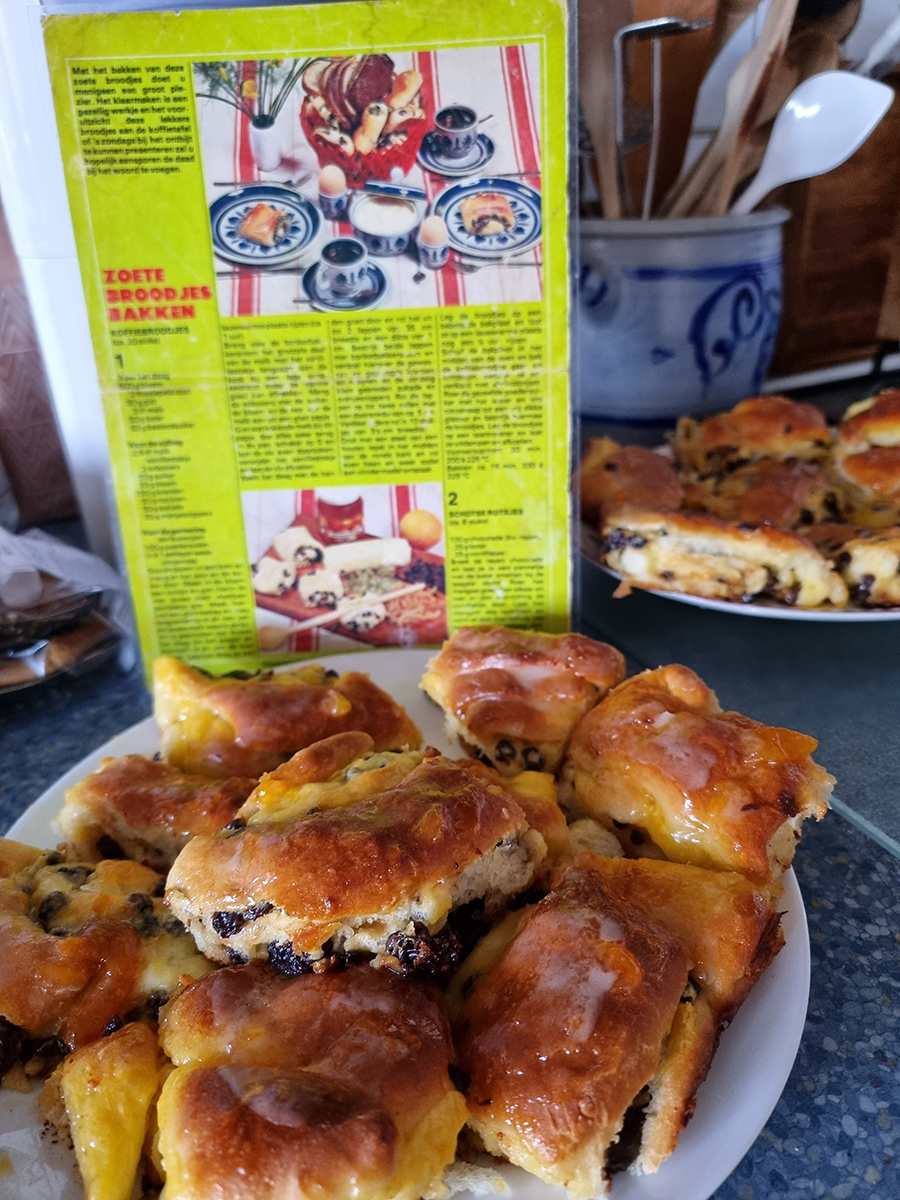 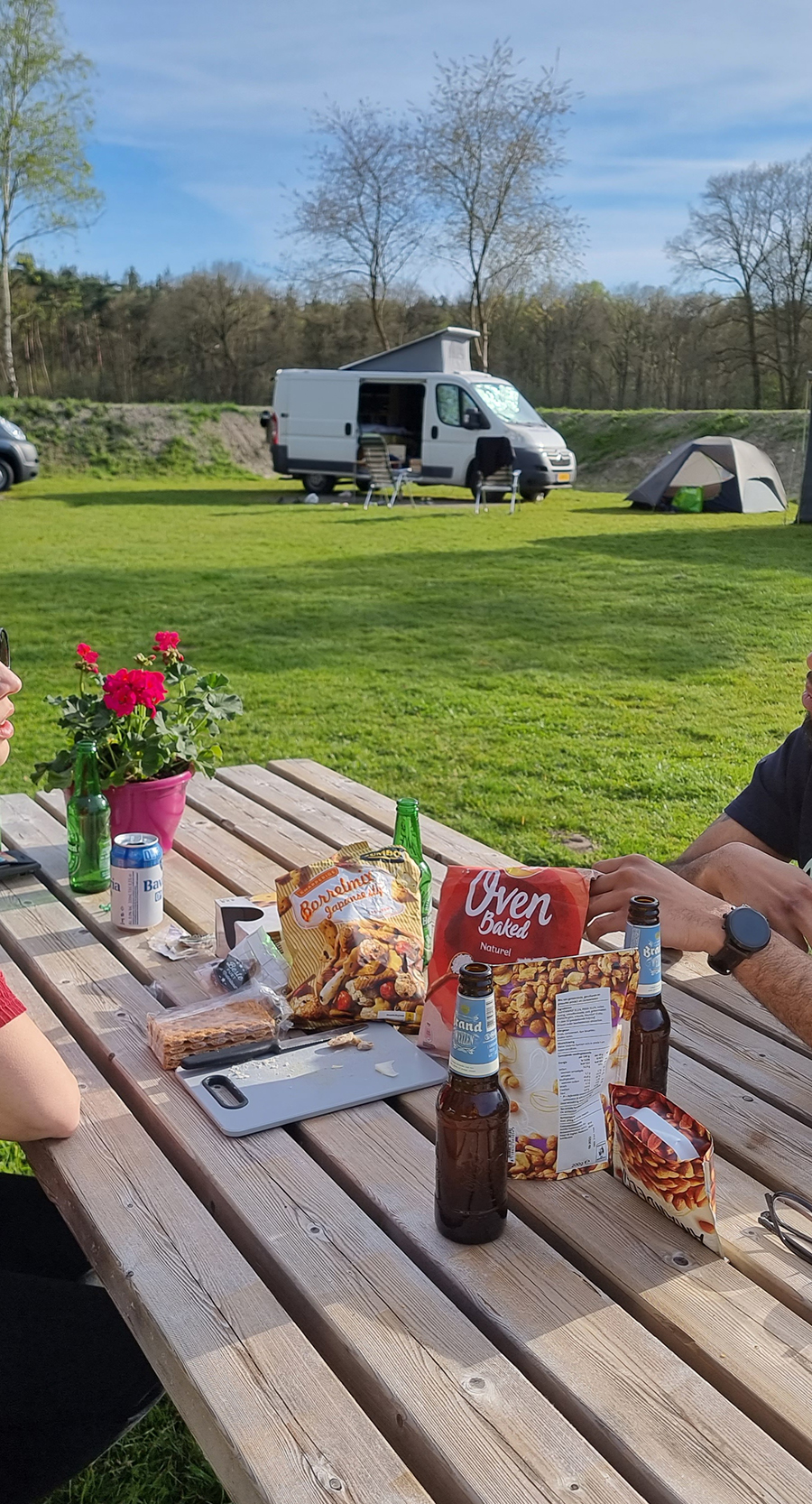 The night in the tent was as first chilly, but luckily with the taken measures it was not too cold (despite the ground frost!). The many birdsongs woke us up early and later the sun rays started to enter the tent to warm us up. When it was light I noticed that there was some condensation inside of my tent due to the temperature differences. But it dried quickly in the morning sun. Next to me I already heard kitchen noises coming from my friends camper as they were preparing breakfast. At the picknick table in the grass, we enjoyed a nice sunny breakfast including my grandmother's Easter buns.

After a relaxing morning of camping games, an easter egg hunt and packing the tent, it was time to get back on my bike! I headed further east to Arnhem, to the Posbank. That day it was full of people who enjoyed this beautiful area by walking or (motor)cycling. The last stop of the day was near Nijmegen where I visited my parents and enjoyed some nice food and drinks together. 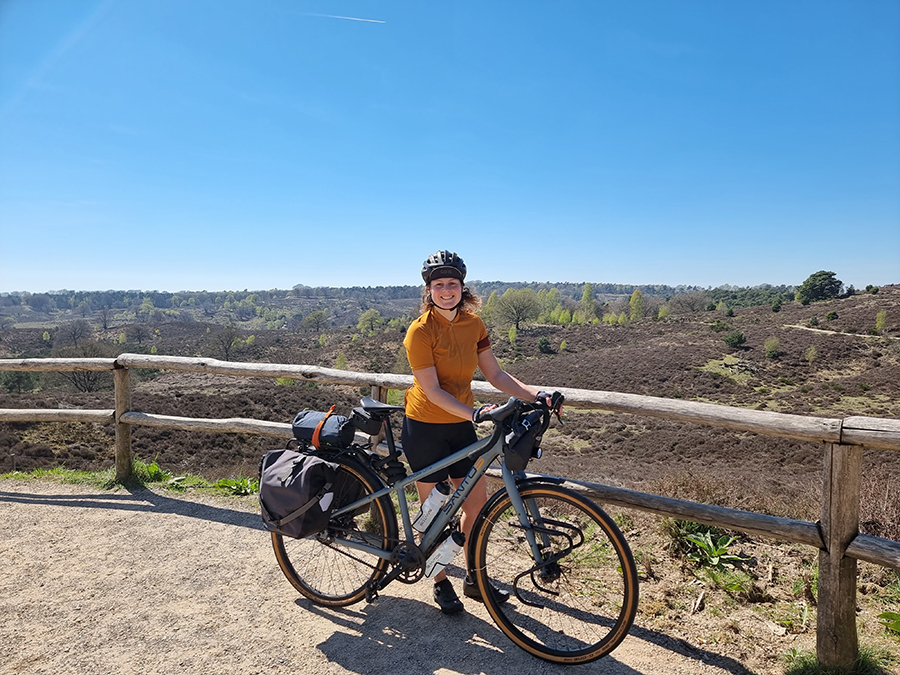 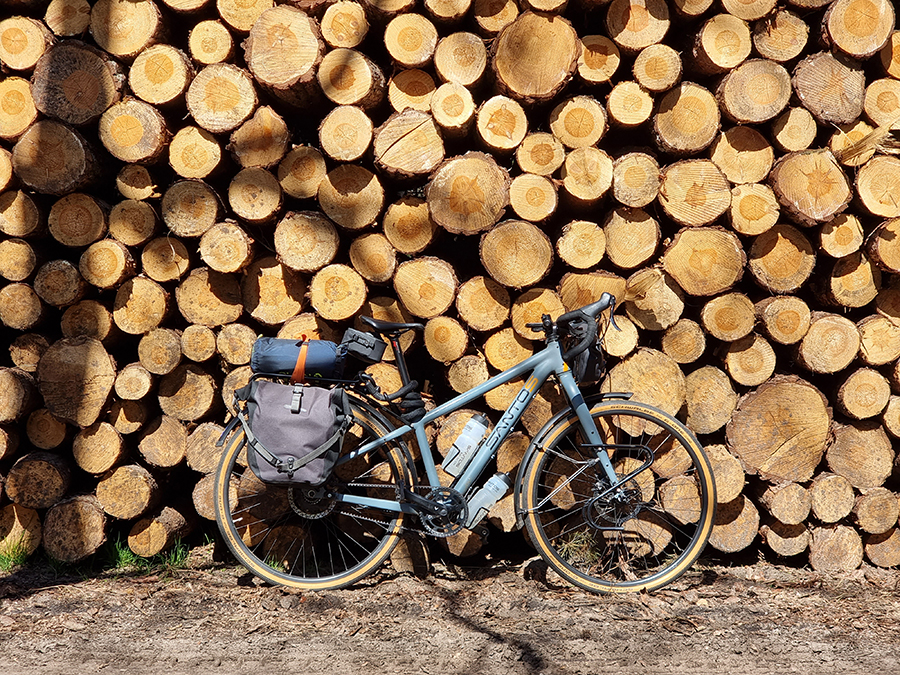 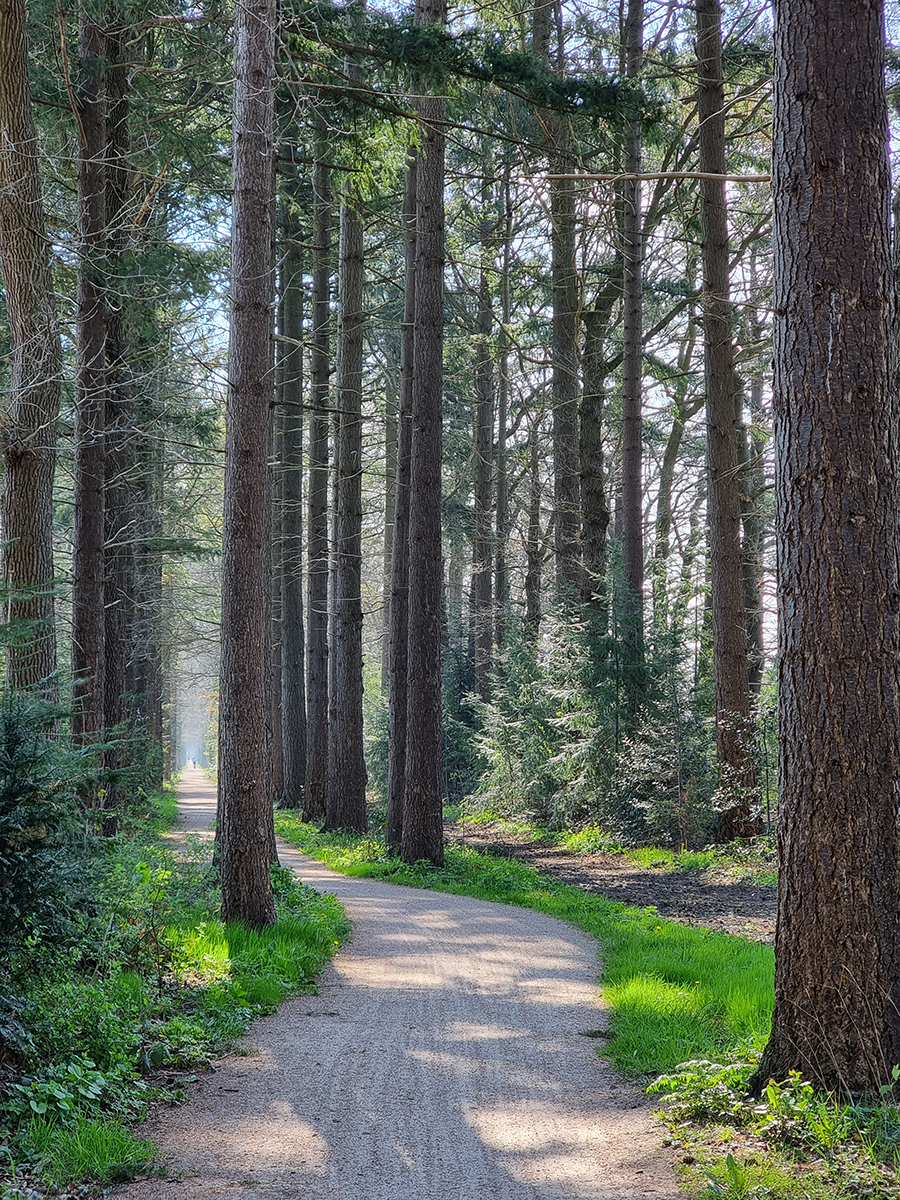 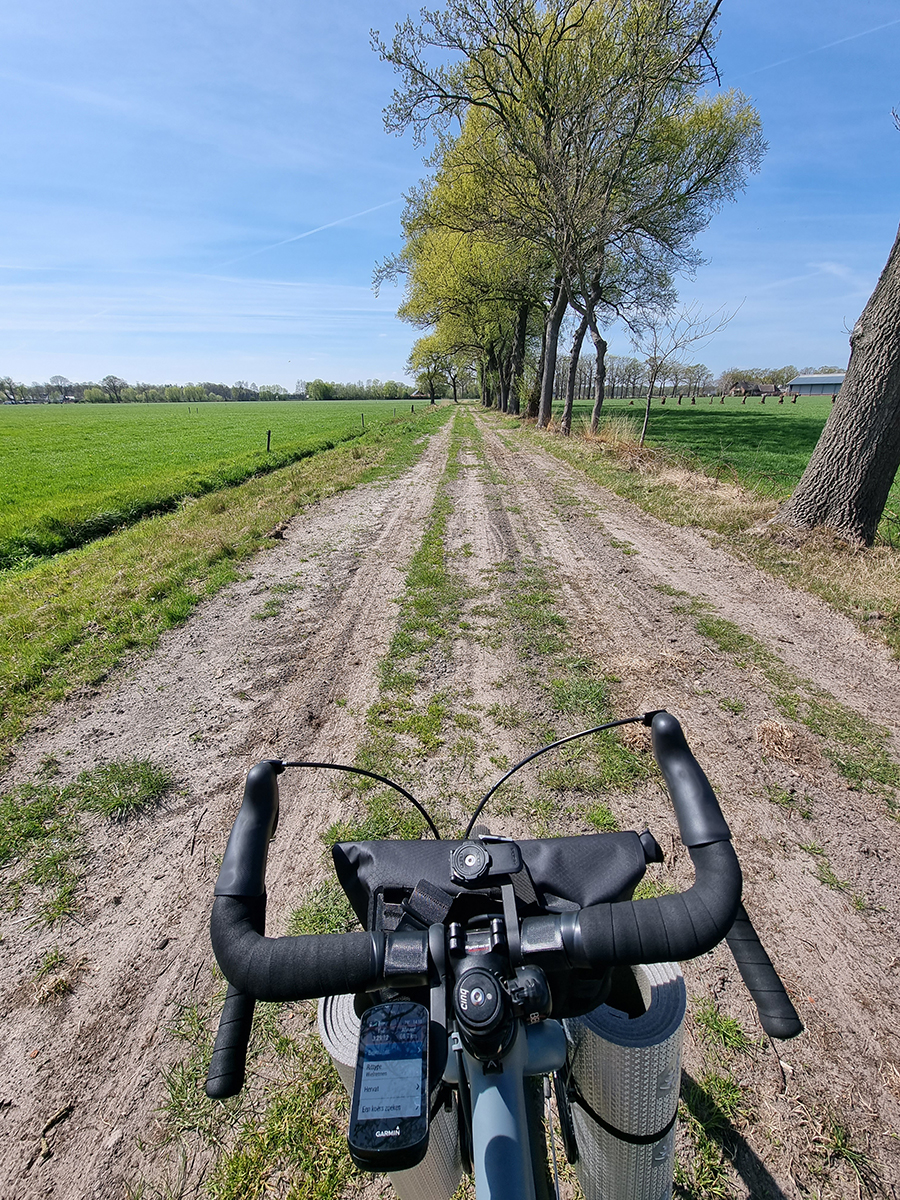 This whole weekend the wind came from the east, therefore I “unfortunately” had mainly headwind during my first two days. But as the wind kept coming from the same direction, going home meant mostly tailwind! Such a great feeling. I followed the dikes of the Rijn and the Lek rivers to Utrecht where my weekend trip came to an end. These three days felt much longer and it was wonderful to spend so much time outside visiting family and friends along the way – a successful easter weekend! 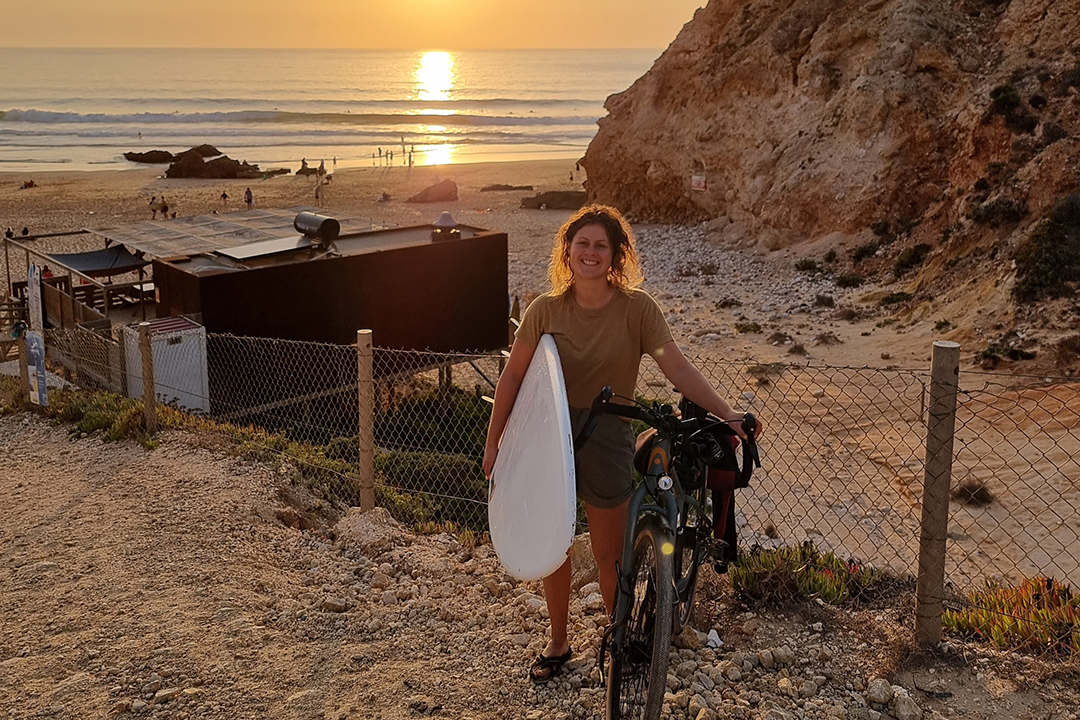 Loves exploring new places. She has been on her first bikepacking trip, cycling from Utrecht to Portugal. While she fantasizes about her next adventure, she enjoys small day trips on her bike back home.